Alchemy Pay wallet API is designed for merchant. In some circumstance, merchant want their users to have a wallet which works in merchant's ecosystem only, here is the functionality lists: 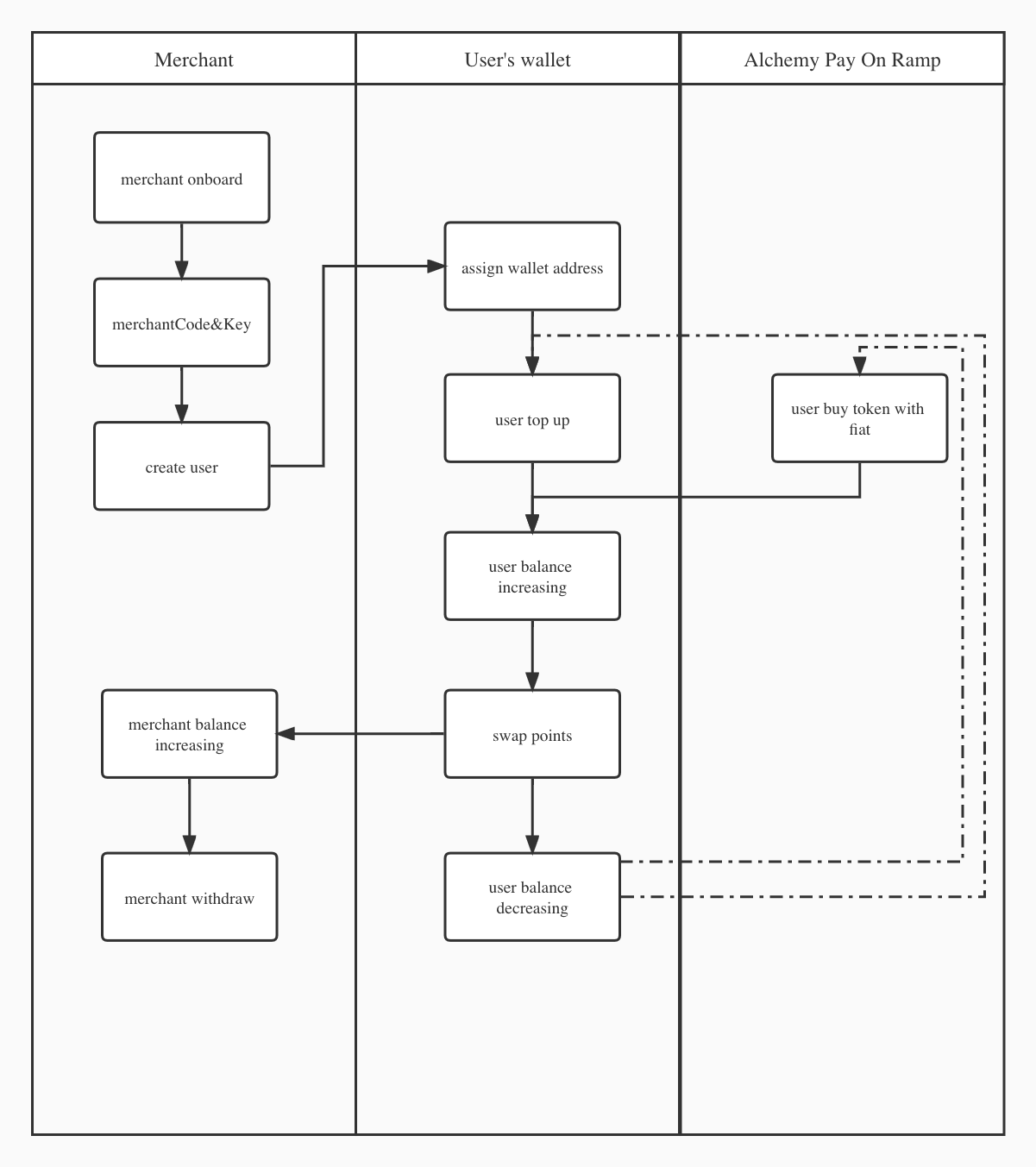